Hello! And thank you for taking the time to check out Tamez, Ruhff, Combs and Ryan’s web page about our campaign for the upcoming AAF-Orlando election.  We want to thank you ahead of time for your vote.  We know that it will take extra effort on your part this year and we appreciate every effort you will be taking to do so.

Don’t forget, the process to vote will be for you to take your printed ballot (which can be found here: AAF-Orlando Official Ballot) and take it to Debbie Morris, Nominating Committee Chairperson, at the Annual Business Meeting on Friday, June 28, 2013, between 8:30am and 2:00pm, at the offices of Web Resource Management (map can be found by clicking here). You will need your driver’s license or other form of identification in order to submit your ballet.

The Team’s Goals for the Year

-Review corporate membership structure to ensure compliance with district and national requirements, as well as ensure benefits are valuable to members and drive growth of the organization as a whole

-Ensure representation for AAF-Orlando at all district events

The Candidates of Tamez, Ruhff, Combs and Ryan 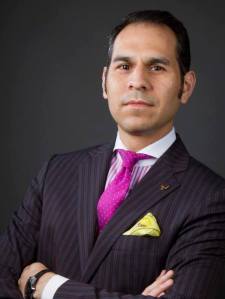 Who am I? Better yet, how can the leadership skills and experience of the team that I have selected, Tamez, Ruhff, Combs and Ryan, benefit AAF-Orlando?

First, on an individual basis, I have been endorsed by a very large majority of the trustees and AAF 4th District. I am also a former member of Ad 2 and currently serving as Vice President of AAF-Orlando.

Originally nominated for President, in 2012, I made the personal choice to step back and assume the role of Vice President, to further my training in all manners of ad club operation.

Having served the last four years on the board I have taken the opportunity to lead multiple committees including Membership, Diversity, Programs, Web Service, ADDY judging and ADDY Gala. I have ensured that my company, Univision, has been a financial sponsor of the ADDY Awards for the last 3 years, as well as a large monetary contributor to the Ad 2 Media Auction.

On a professional level, I have worked in advertising & marketing for over a decade from distinct markets such as New York City to South Texas and currently here in Central Florida.

Being recognized by Univision nationwide as a 4 time Presidential award winner & top new business developer 5 years in a row, compounded with being voted Professional of the Year twice, proves my capabilities for handling large teams, with singular goals, and million dollar initiatives.

I’ve also been nominated for the OBJ Top 40 under 40, “Man to Watch” & Esquire’s Best Dressed Men of America.

Being the winner of many an amateur dance contest, an avid soccer fan and world traveler affords me a unique viewpoint of how to unify people of different backgrounds to accomplish goals.

All of my experiences allow me to bring a unique understanding concerning the needs of AAF-Orlando from the principals of agencies, account executives, creatives and media planners to the vendors and media. AAF–Orlando is more than a membership spreadsheet or a new website that is launched. It’s a group of professionals all related to advertising that are looking for experiences to network, grow their business, or just grow themselves.

My plans for the year are to bring Michael Glass and Paul Weyland as speakers, strengthen programs; sharpen financial responsibilities, foster stronger communication & engagement with members and further the celebratory growth of the American Advertising Federation “ADDY” Awards”.

As a proven veteran & relative outsider at the same time, I look forward to serving all of you, in the advertising community, now & for the future.

Marcos’s Personal Goals for the Year

-Work with Programs chair to help diversify program locations, times and speakers to cater to the different types of members and their needs/wants in a program 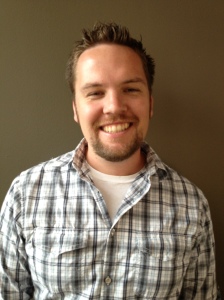 My experience with AAF dates back to 2000 when I first began participating in the ADDY competitions.  Since then, I have won more than 50 including a Charlie in 2008, The Larry Edwards Award, and numerous best in shows.  Additionally, I have been an active AAF member since 2005.

I was nominated in 2008 to be on the board for the Gainesville AdFed and served on the ADDY Committee for two years.

In 2009 I re-located to Central Florida where I served on the board for AAF-Orlando.  I served as Communications Chair and ADDY Judging and Entry Chair.  In 2010, I again served on the board assuming the role as Judging and Entry Chair.  In 2011, I served as a board member co-chairing the Programs Committee and ADDY Judging and Entry Chair and also was awarded the President’s Cup.  I took the 2012-2013 board year off due to family commitments – but I still did volunteer to secure the ADDY judges in a last minute scenario.  I’m now ready to re-commit to the organization on the board as the Vice President.  On a district level, I have been to over 5 conferences throughout the Fourth District in the past several years, and have personal relationships with many of the district committee and executive committee members.

Additionally my company, Push Button Productions, has been a sponsor for the ADDY Awards since 2008 providing creative services, voice-over, and other show material.

Professionally, I am one of the owners/partners at Push Button Productions.  We work with clients all over the country (and some international ones, too) to develop creative audio and musical branding.  We have been awarded high honors by the AAF, as well as several other national and international advertising competitions.  Our commitment to the AAF locally and regionally is substantial and has helped us to foster business relationships, which we are extremely grateful for.

I am honored and humbled to be nominated for Vice President and hope to serve the membership in the most professional and efficient way possible.

Jon’s Personal Goals for the Year

-Assist the President in special projects and/or committees

-Begin the planning process for my year as President

-Utilize past experience to ensure a smooth and improved Addy process 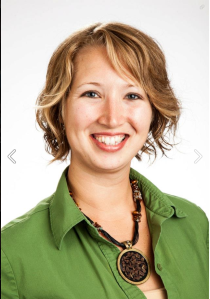 Based on my past job as a media planner, I was asked to join the Ad 2 Media Auction media sub-committee as co-chair back in 2006.  This put me on the path to being an active member of Ad 2 through the Public Service committee where I was the sub-committee chair for Media for four years.

When Tiffany was President-Elect, I worked with her on the Public Service committee and she found that I would make a great fit as Treasurer for Ad 2 and asked if I would join her team.  We had a lot of re-building to do the next year, but with Tiffany’s guidance and my mad-excel skills, we helped create a solid plan of attack for the budget and helped build fiscal responsibility for the club.

I then continued my tenure as Treasurer under Kristina Doyle, and working diligently with Brenda deTreville, AAF-Orlando’s Treasurer, to maintain the books and create even better records for the organization going forward.  This year, I was also the Executive Advisor for the Communications, Diversity, and Government Relations committees.  The Diversity and GR programs exceeded attendance records over any year prior.  And I worked with Melissa Robinson, a Communication Co-chair and now incoming President of Ad 2, to develop a solid communication strategy that now works like a well-oiled machine.

Also, for the past year, I served on the AAF Board of Directors, and for most of the year, I was Marcos’s co-chair for the Programs Committee.  We have only begun to bring interesting and engaging programs to this organization.  Many additional plans were made to bring a variety to the programs to cater to the many different audiences of AAF and others outside of our direct community and we look forward to implementing them.

I am now at Clear Channel Outdoor where I have the opportunity to work with many of the ad agencies in Orlando to develop comprehensive programs that include Digital Out of Home (DOOH) Advertising.  CCO has donated our DOOH to many different Ad 2 Public Service Campaigns as well as to Addy Entry Day and to announce the Addy Winners after the awards program.

I am excited and hopeful to work together as the team of Tamez, Ruhff, Combs and Ryan.  I trust each of them because of their skills and experiences I have had with them thus far.  I know that having us on the executive board will creative a cohesive unit to help guide the entirety of the board and maintain that social, pleasant family experience of the organization we had grown to love.  We are all in this together.

Patti’s Personal Goals for the Year 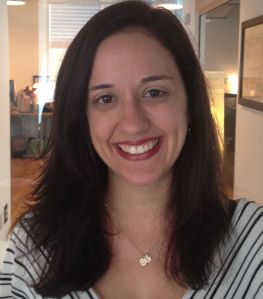 I started my AAF involvement when I started working in the advertising industry in Tampa Bay in 2009. Over the last 4 years I have served as:

Even as President-Elect I made it a point to attended every AAF board meeting with or without the current Ad 2 president to get acclimated to both organizations.

During my year as president membership almost doubled and the club raised more money than ever.  With the help of the president that year, Yeosh Bendayan, partnerships with AAF strengthened. All the hard work of the board yielded placement in 5 of 8 national club achievement categories for Membership, Communications, Diversity, Government Relations and Education.

My passion for public service on the Ad 2 level lead me to pitch a new way of approaching the AAF 4th District Public Service endeavor.  As a result, Marla Lucas asked me to become the district’s Public Service mentor.  I worked with each club in the district to maximize their individual PS efforts, thus making a larger contribution to the district effort.

It is this level of organization and attention to detail, which I use day-to-day in my position as a Client Strategist for Purple Rock Scissors, paired with a passion for AAF that I bring to the table as Treasurer of AAF-Orlando.

I am greatly looking forward to working with this team, whom I call friends, and combining our skills and passion to make AAF-Orlando a model club for the AAF 4th district.

Tiffany’s Personal Goals for the Year

-Ensure budgets and all financials are in order at all times

-Aid the president in oversight of committees to maximize efforts

4 thoughts on “Meet the Candidates of Tamez, Ruhff, Combs and Ryan”