I had the very special opportunity of traveling to both France and Italy these past two weeks (hence my use of the language  in my previous posts’ titles).  As a media nerd, I am always on the lookout for advertising and I think the best representation I could easily capture were the outdoor ads (OOH – Out of Home).  It was a lot of fun to see some familiar names of advertisers as well as names of companies who sold them.  Some of the methods of advertising were familiar, while some were more unique.  I hope you enjoy, profitez, and godere!

Here’s a CBS Outdoor ad for a satellite company, I think.  CBS Outdoor also has a hold on the Rome airport, which surprised me.  At MCO, the ads are run by JC Decaux, a European-based company. 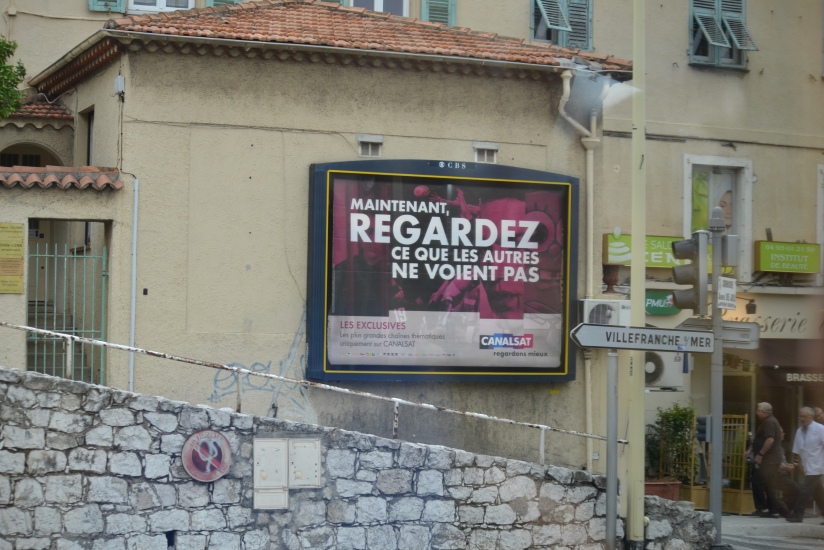 Speaking of JC Decaux, they use their tri-vision technology of rolling billboards (meaning they rolled from one ad to the next 3 times and then back again) all over the Riviera.

In Cannes, they had fabulous column advertising that rotated.  A couple of them did double duty and had water closets in them!

We rode the trains a bit and in the stations, we saw a ton of advertising.  The first is a movie that’s been in the states for a while and the second made us quite thirsty. 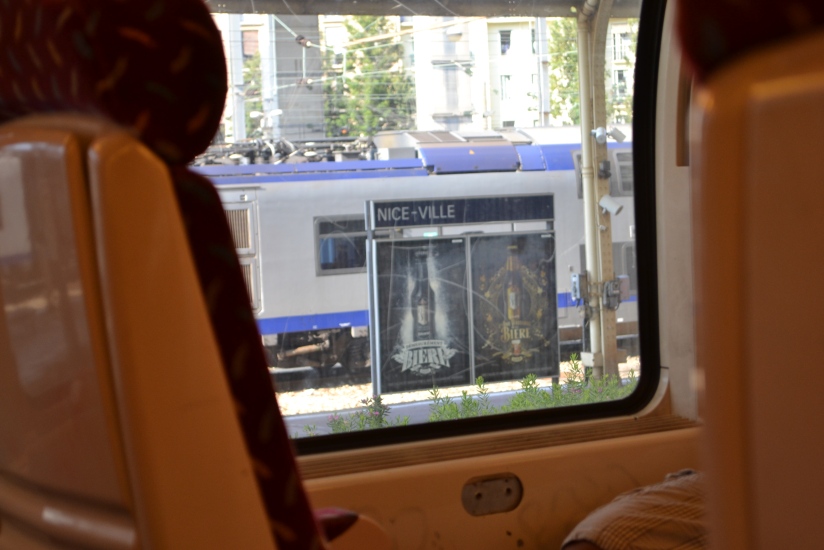 And I know that the attempt was to make me hungry, but McDonald’s directional signs don’t really spark my interest.  And check out all of the scooters!

Speaking of movies, the picture below shows a movie that’s actually being released in Europe before the States.  I saw a preview in Italian on TV and it really peaked my interest.  But now I have to wait until December!  The other pictures show other ads on the back of busses on our travel through Rome.  We got very up close and personal with most of them as the tour bus would stop only about a foot away from them, so as to not let the scooters or pedestrians pass through. 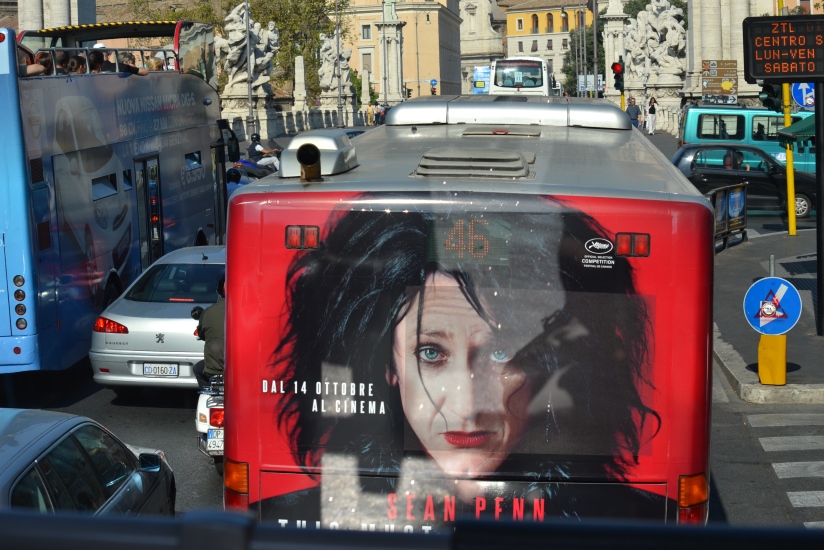 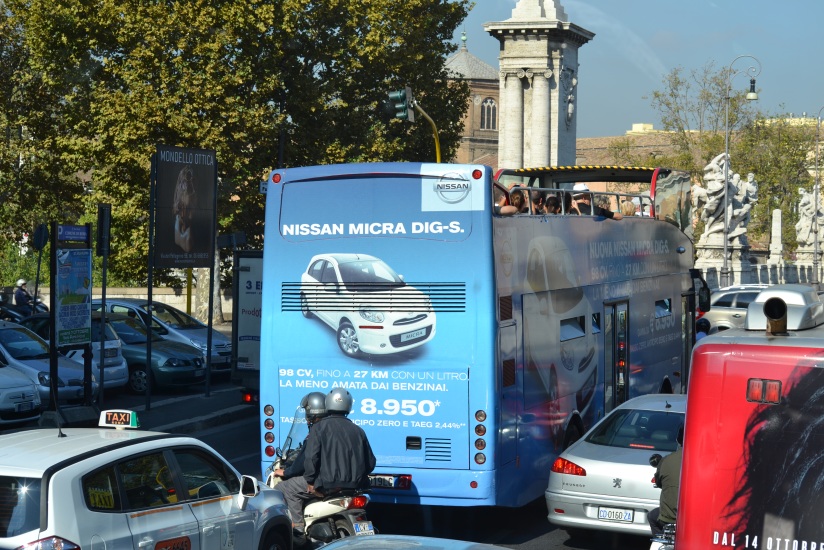 Pictures courtesy of Bryan Smathers.  Thank you for putting up with me and my media nerdiness on the trip!