This was my summer of traveling to visit friends who live in awesome places.  July was New Orleans and August was Puerto Rico.

Ah, Puerto Rico.  I love the old world charm of Old San Juan, I love the waterfalls of el Yunque, and I love the beaches of Vieques.  Vieques?  It’s an island east off from the mainland that had a US military base which emptied about a decade ago and left some pretty pristine beaches.  I stayed with a friend in Esperanza, the beach bar side of the island.  The island isn’t very big and so I borrowed her car to drive around and see some of the sights.  And as a media nerd, this is what I found:

From San Juan International to a tiny private airport to ride a tiny plane to Vieques, I saw LOTS of digital billboards.  Every one you see in these pictures is one – we’re not allowed to put them so close together in Florida. 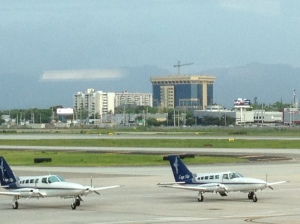 Landing in Vieques, we were greeted with a lot of primary election political signage.  I didn’t get to take a picture of one – but some candidates will spray paint their message in the street!  Whatever it takes, I guess…

So every restaurant had Sirius, so the only way most locals get local information is from the radio station on Vieques.  And how does that station project itself?  With giant speakers on top of a car of course!  Below, I caught it driving around the island on different days.  It was mainly playing political ads. 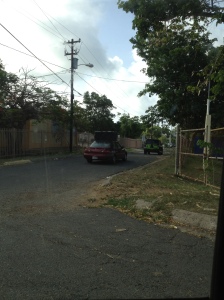 And last, Vieques would not be Vieques without this kind of local flair. 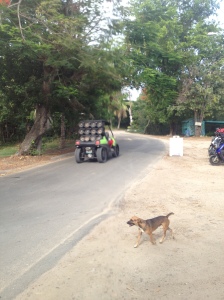 I hope you had a great summer and took some memorable vacations, too!  See any media you liked?